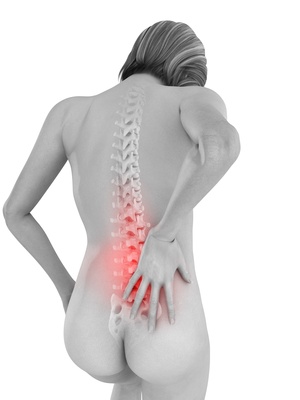 What is Neural Therapy?

Neural therapy is a method of diagnosing and treating illness and pain caused by disturbances of the body’s electrophysiology. These electrical disturbances, called “interference fields,” are manifestations of cell membrane instability and typically trigger abnormal autonomic nervous system responses. Interference fields may be found in scars, autonomic ganglia, teeth, internal organs or other locations where local tissue irritation exists.

Neural Therapy is a system to diagnose and treat medical problems of patients which are otherwise difficult to treat or resistant to treatment. Neural therapy (in German: “Neuraltherapie”) can be traced back to the German physicians Ferdinand and Walter Huneke, who at first called it “Heilanästhesie” (curative anaesthesia), then “Segmenttherapie” (segmental therapy) and finally, at K.P. von Roques’s suggestion, “neural therapy after Huneke”.
Neural Therapy is based on the theory that trauma can produce long-standing disturbances in the electrochemical function of tissues. Among the types of tissues affected by trauma include scars, nerves or a cluster of nerves called ganglion. There is no scientific evidence that neural therapy is effective in treating cancer or any other disease.[1] It has been used to treat pain disorders, though there is not strong evidence to support its efficacy. It is practiced mostly in South America and Europe.

In 1925 Ferdinand Huneke, a German surgeon, used a newly launched pain drug, that contained Procaine (a local anaesthetic) on his sister who suffered from severe intractable migraine. Instead of using it as recommended intramuscular he injected it intravenously – and the migraine attack stopped immediately. Impressed he and his brother Walter used Procaine/Novocaine and at times a mixture with caffeine called “Impletol” (still used in migraine medicines) which proved to be useful in many painful conditions either via local injection or i.v.

In 1940 Ferdinand Huneke injected the painful shoulder of a lady who also had an osteomyelitis in her leg which at that time (before antibiotics) threatened her with amputation. The shoulder pain improved somewhat but the leg wound became itchy. This time he injected the leg wound – and the shoulder pain vanished immediately – a reaction called “Flash Phaenomenon” (Sekundenphaenomen).

The Nervous System is divided into two main parts:

What body functions are controlled by the Parasympathetic Nervous System?

Basically all body functions are under the control of the Vegetative Nervous System. The Parasympathetic Nervous System affect pain perception, heart rate, blood pressure, smell, hearing, and blood circulation. This latter fact is particularly important in that the autonomic nervous system regulates the flow of blood to each gland and organ in the body.

In 1925 two German physicians, Ferdinand and Walter Huneke accidentally discovered that the intravenous injection of novocaine was successful in eliminating migraine headaches. Continued research by the Huneke’s about the therapeutic importance of these injections lead to the observation of the first “lighting reaction” in 1940. Ferdinand injected a therapy-resistant frozen shoulder with Novocaine without the patient feeling any relief. Several days later, the patient developed itching in a scar that was located on the left lower leg. Ferdinand injected the scar with Novocaine and instantaneously the patient obtained painless, free range of motion in her shoulder. The patient’s history determined that she had surgery on the left lower leg and the surgery was considered a success. However, it was immediately following this surgery that the patient developed the frozen shoulder. Subsequently, the injection into the scar healed the shoulder. This instantaneous healing is referred to as “lighting reaction” and the scar is referred to as an “interference field.”

Thus the Huneke’s created a new system of healing that they referred to as Neural Therapy, by combining the more common uses of local anesthetics for ganglion and nerve blocks with the treatment of interference fields.